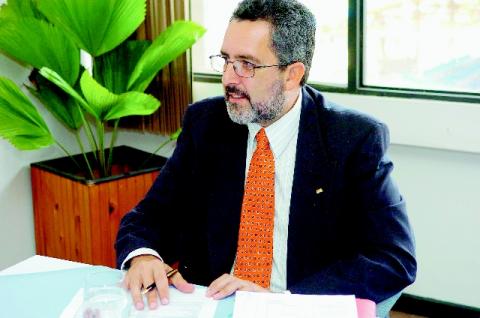 And indeed, Costa Rica is one of the top eco-tourism destinations in the world, widely recognized for its innovative strides in green and sustainable development.

Visitors from all over the world flock to the country renowned for its climate friendly and sustainable strategies and initiatives before sustainability became in.  25 pct. of the total land territory is made up of national parks and national reserves. Almost 40 pct. of the country is designated as green areas serving to maintain the water reserves and clean air. The declared goal is that the country will be carbon-neutral by the year 2021. So far more than 90 pct of the electricity comes from renewable sources. The concept of carbon offsets was also invented in Costa Rica.

Costa Rica – a social and environmental development model
We are about 20 minutes into the interview and Olman Segura-Bonilla is unfolding what he calls his favourite topic and ultimate passion: sustainable development and knowledge based innovation. He is offering concrete examples of how it can be applied and used in practice by outlining Costa Rica’s development over almost three decades.

Traditional (anti)development
As the oldest of nine children, Olman Segura-Bonilla had to contribute to his brothers and sisters’ education while he studied economics and finance at the university in Costa Rica. It was demanding to juggle studying and working at the same time. In addition, he got deeply involved in the student movement. Nevertheless, he managed to get a scholarship to complete his first degree in the United States, where he graduated with a double Bachelor in Economics and Political Science from the University of Wisconsin, Eau Claire.

Later, he travelled to the UK to complete an M.Sc. in Economic Development for Latin America from the University of London, Queen Mary College and got introduced to the economics of natural resources and ecological economics.

Environmentally, the countries were heading towards the destruction of natural resources and ultimately people’s livelihood due to deforestation, land degradation and the widespread use of environmentally unfriendly pesticides.

We were some who could see that the old ways of thinking about economic development were miscalculated and wrong. But when we challenged the traditional thinking we would often be met with shaking heads and mistrust, he says recalling the initial and intense climate change debates around the time of the Earth Summit in Rio de Janeiro in 1992 when concepts of sustainability were in their early stages.

I never thought I would be doing a PhD in Denmark. As a matter of fact, I hesitated to take it at first, but today I feel privileged and happy for the experience and chance I got. I am proud to say that I used it to contribute to the development of my country, he says.

Sustainable development based on innovation
At Aalborg University Olman Segura joined The Innovation, Knowledge and Economic Dynamics Research Group (IKE Research Group). Although his area of focus was environmental sustainability, he soon got engaged in innovation. It was his two supervisors Bengt-Ake Lundvall and Bjorn Johnson that inspired him.

Included in the thesis are some of the concepts that eventually lead to the innovation of carbon offsets, as Olman Segura participated in the working group under the Minister of Environment that invented it.  Forest management and conservation as well as reforestation to preserve water reserves are also part of his PhD thesis. So are discoveries and innovations used to develop Costa Rica’s eco-tourism.

Dr Segura-Bonilla explains that in addition to the knowledge and findings of the specific topic he also learned that the concept of innovation may be used in different economic areas, such as education, production, conservation and development in general.

Denmark left its mark
I ask Olman Segura-Bonilla if he could have completed his PhD elsewhere than in Denmark. His answer comes promptly.