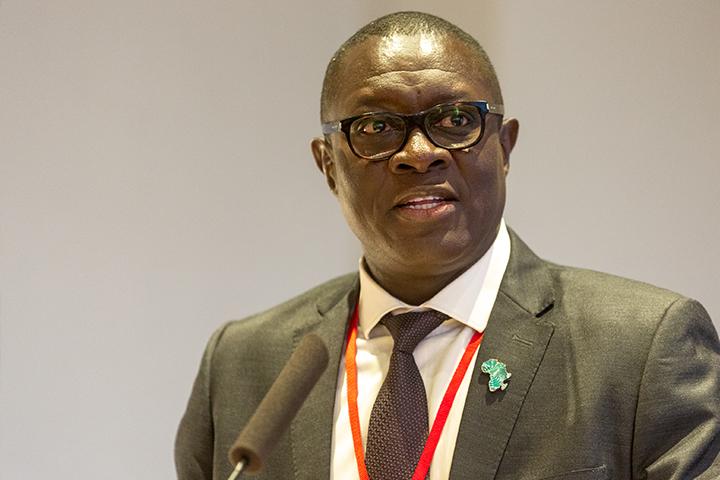 Twenty years ago, in August 1997, I landed in Kastrup Airport in Copenhagen for my very first travel to Europe. I came to Denmark as a Danida fellow under the ENRECA (Enhancement of Research Capacity) program with a mind very concerned about how to manage the tension between a new Western Life and my African roots.

I have been always welcomed to Denmark. The first day’s induction made me feel at ease despite my limited command of English. I am so grateful to all my Danish colleagues and friends, my supervisor Prof Kjeld Rasmussen for their good faith and their support as they accommodated me swiftly to the Danish lifestyle.

I experienced many new things such as using basic important words e.g. “TAK FOR MAD” (Thanks for the meal, as I was invited often), that I end up using in all circumstances thinking it simply meant “thank you so much”. I also learned to bike for work and to unbent my fingers under frozen weather to buckle-up my bike. I learn to say hello without keeping too much time, trying to avoid the nickname of “Mister Shaking hand”. All those chocks have their equivalent advantages as I keep learning new formal and informal things.

My decision to opt for the ENRECA scholarship came from the image I had from Jens Madsen (Aarhus University), who was hosted in our faculty for many years. He was a person of character with a permanent look of humility and confidence. My selection meeting as a DANIDA fellow at the Institut des Sciences de l’Environnement (ISE), took me to highly appreciate how my professors in Senegal aspired to unleash the full potential of their students and dedication for a better future.

I would like to pay tribute to the ISE team and to the Centre de Suivi Ecologique (CSE) for giving me the initial energy and skills to move pursue my dream as a scientist.

Being a PhD candidate in Denmark was a daunting task, having accomplished a PhD was a convenient status. But as said by Nelson Mandela: “A title is not a talisman for success” and he emphasized that “nurture rather than nature is the primary molder of personality”. I used those wisdom statements to build and follow a Philosophy of Action for Society.

The DANIDA-ENRECA program helped a lot on my development as a “science entrepreneur” in a way that I became truly convinced that there is value in each individual that can help fearlessly address our own societal challenges. Without such a stand for Africa, and the pride to be ourselves, our contribution to international programs would have been meaningless. My comparative advantage to science was therefore to bring my africaness, a unique perspective from Africa.

During my first steps as a scientist I was very proficient in France biogeography. The reason was simple, most of my books and teachers in the field came from France with didactic resources from the French universities. I was able to describe better than a French the ecosystems of Nord Pas de Calais, of Grenoble and Cote de Lazur.

My first personal struggle was indeed to decolonize that knowledge. That meant more than tropicalizing imposed curricula. I was all about a whole new approach of making science.  A great deal of what it takes was found in Denmark, where I learn to proudly sustain my own vision of the world and develop the ability to questioning received knowledge in the lenses of what the society really need to thrive.

In our academic system, developing such an attitude had serious inconveniences on the relationship with the hierarchy. I took weighted risks to innovate and contextualize science by helping developing a new set of applied research that works for our countries.

Africa cannot rely any longer on others to tell their own stories. The rhetoric on many issues related to the continent comes from non-African. For instance, the highly used knowledge on climate change in Africa are developed by non-African scientists.

For so long, the role of the local researchers is just reduced to that of a tourist guide, a data collector: they help negotiate and open up the physical and cultural terrain rather than conceive the projects or contribute equally.

These local researchers, too, accept this role, perhaps because the resources and facilities at their disposal don’t always allow them to rectify the imbalances of privilege. The fight to raise African scientists, requires more than few speeches or talking-toes to come to effective pairing between African made knowledge with African problems.

I have suggested recently, in the area of climate change, that a starting point is using all sources of climate knowledge made by African. It doesn’t matter if they are not published in high impact factor journal or by intergovernmental bodies. The most important to me is the IMPACT ACTOR, and those actors are closer to local studies than general assessments.

Understanding and responding to the local needs should be the first choice and the last option for an African Scientists.

When I obtained the ENRECA award and visited my father to share the information, all went well until he asked me the area of study I was to attend in Denmark. With a face full of illumination, I said in native language

Me: “Dad I will work in bush fires using remote sensing”. The word bushfires in Wolof is “Daay”.

Dad: “My son you see, I am very worried, did you study all these years and go so far to Denmark to understand how “Daay” will impact our vegetation? How would I explain proudly that my son is going to be the expert of “Daay”, a man of the bush running behind fires?

I was frustrated at first instance but had to swallow my ego and put more flesh on my statement. He provided me, at that very moment, the seed of science relevance to society and I had to use my energy to demonstrate for whatever I study, the importance and impact of my studies for our society.

No matter the learning system in place what we need is to vigorously support the advance of new entrepreneurial values (not only business or commercial) without challenging secular wisdom and cultures that sets strong determinism in the way people use knowledge.

In other words, it is all about developing an action-oriented mindset for innovation without any prejudice to social standards.

A scientific entrepreneur is a person who improves the wellbeing of people by engaging in a development of a moral attitude that leads to strong sense of humanity.

Efficiency and control are so essential but difficult to achieve in an imperfect world were knowledge is partial and decisions are subjected to the plurality of social values (Max Weber). Addressing science leadership in that context, means also to influence the donors to target their investment on “socio-scope”—not only on the “micro-scope”—where reality is complex, confusing and challenging.

We all know that science in Africa is lagging behind, not because we are short of abilities, but we are short of opportunities. Research is not always listed as a political priority. Most publications as listed by UNESCO in their Annual report 2017 shows that African scientists publish with others rather than among themselves. African positive future will be associated with its ability to mine their talents and intelligence. Having natural resources is an asset for development but that is not enough if there are no habits in using people skills. How Africa will perform in the 21st century will depend to the development of science to derisk most for development sectors and improve the image of the continent.

The image of Africa does not anymore come with any surprise to anyone. Africa is known for its consistent succession of crisis, political instability and corruption. Hopeless young generation, who sees immigration as the only way to success, do not hear or see anything but a future of misery and collapse. This apocalyptic description is not what the Africa is all about.

A reverse rhetoric must be prepared by faithful new generation of scholars to lure all the potential to improve governance, management of natural resources, resolve conflicts, showcase the potential performance in agriculture, in crusading hunger and malnutrition, in securing fresh water and address dauting health challenges etc. We need a new story-telling for the continent to attract higher investment and benefit from our own resources.

What Danida is doing for decades to kindle that hope in new generation of leaders is surely the right way. I am compelled to say that Danida taught us more than science to embrace a strong belief that education is the opposite of prejudice. Because of shared vision for better Africa, I happily accept the Danida Fellowship Prize 2018.

I thank you for your attention, Tak for mad…. Oops/ Mang Tak!!