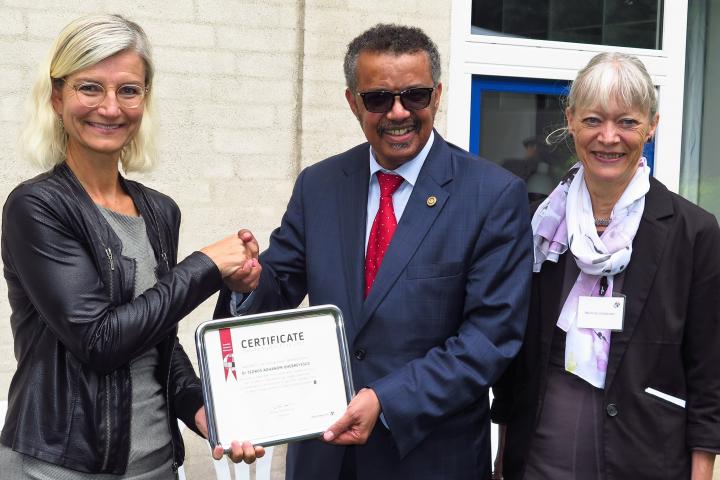 We have changed the procedure for nominating candidates for the annual Danida Alumni Prize. Instead of issuing an annual call, we now invite you to submit your nominations on a rolling basis. Due to the CORONA/Covid - 19 pandemic, the time and place for this year’s award ceremony will be communicated once the situation has stabilised.

This year we are planning to award the Danida Alumni Prize for the fourth time and have decided to change the nomination procedure. Instead of sending out a call for nominations, as we have done in previous years, we now invite our partners and alumni to submit their nominations on a rolling basis. Due to the CORONA/Covid - 19 epidemic the time and place for the award ceremony will be set at a later date.

Find the nomination form here and submit the completed form by email to alumni@dfcentre.dk

Who can nominate
Nominations will be accepted from anyone, who has gained meaningful insight into the nominee’s achievements, e.g. former and current Danida fellows, colleagues and employers, Danish embassy and Danida programme staff, Danida Fellowship Centre partners, universities and alumni, who wish to nominate themselves. We encourage everyone to consider potential candidates across gender and all age groups.

Our distinguished Danida alumni
Across every continent, more than 24,000 former and current Danida fellows drive development and effect change in a wide range of sectors. The Danida Alumni Prize was inaugurated in 2017 to celebrate and encourage their work and achievements. WHO Director-General Dr Tedros Adhanom Ghebreyesus was the first alum to receive the prize.