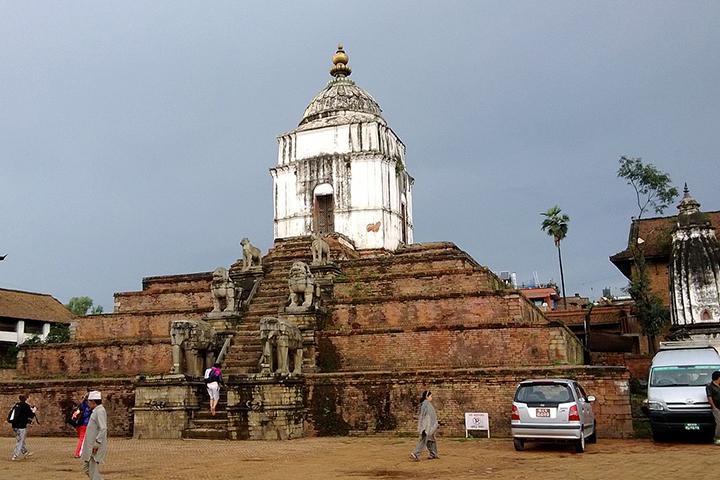 In 2011, steps were taken to make the ancient town Bhaktapur in the Kathmandu Valley, Nepal a car free zone. Sadly, there are still too many vehicles in the ancient town. Architect and Danida alumni Saroj Prasad Shestha, Nepal looks to Copenhagen and Seoul for solutions.

Bhaktapur and many other traditional towns in Nepal were never planned with the intention of accommodating motorized vehicles. The narrow streets with the brick and stone paved streets were never meant to carry anything heavier than pedestrians, and the air not supposed to be full of the fumes and noise from vehicles.

Bhaktapur is one of the medieval town-states in the Kathmandu Valley. It is located about 13 kilometer from Nepal’s capital Katmandu and always been described as the well preserved historic town of the country; the place to be to get a feel of Nepal's ancient life.

The traditional town planning
There are a number of traditional towns in Nepal. Each of them have its own identity and character, but there is no doubt that the ancient architect-planners and builders used their long experiences while developing these towns. The ancient towns were planned to be functional homes for the town dwellers and to accommodate their needs and way of daily life.

The climate of Kathmandu valley region is appropriate for outdoor life. The out-door-friendly climate is visible reflected in the planning of the traditional towns with temple yard, dabali (platforms similar to a stage), dalaans (covered space on the ground floor opened towards courtyard or backyard) and squares, chwoks (courtyards), narrow streets and alleys all serving as outdoor spaces. Likewise the spaces like paati-pauwa & sattal (rest house), paali (structure made as lean-to-roof) and petie (plinth protection of a house used as sitting bench) serves as semi-outdoor spaces for peoples everyday use. It is a sad to say that the tradition of these spaces have been completely lost in the new town planning practice in Nepal.

Vehicle free attempts
Bhaktapur Durbar square in the middle of Bhaktapur town was made free vehicle (two and four wheeler) in 1993 by the Bhaktapur Municipality. Later in 2011, the vehicles were not allowed from 8:00 am to 8:00 am in the town from Taumadi square (where Nepal's tallest five storey temple-Nyataplo is situated) to Dattratreya square (Chyamasingh Gate).

To this day, too few people are following the rules made by the municipality even though they were made for the welfare of the town dwellers and to preserve the heritage of the town.

The sad result is that there are still too many cars in the ancient spaces of the historic town never built to accommodate them. These spaces were made for town dwellers with a social, cultural, recreational and political purpose, but as it is now the encroachment of such spaces by the vehicles in the historic town is badly affected people’s way of life.

So who are to be blamed? The only fair answer is all of us. So instead of playing blame-games, let us think about how to make our historic towns human friendly and free of vehicles.

Inspiration from historic cities in Europe
To make Bhaktapur truly vehicle free it may be relevant to take a look at some examples of vehicle free cities or city zones in Denmark, Sweden, Nederland and Germany.

The vehicle free town center of Copenhagen also came about in order to preserve the historic town center. Town dwellers and businesspersons strongly opposed the idea of making a 'vehicle free town‛ saying that it would ruin the business and push away town dwellers and businesspeople from the old town center. Regardless, the local government executed the plan of making the old town center 'vehicle free‛. The result was extremely positive. Surprisingly, the public movements increased drastically and the commercial activities flourished more than earlier.

Today, the main Strøget (pedestrian street) of Copenhagen is a pride of Denmark. Furthermore, the idea of having streets solely for pedestrians has been extended to other towns in Denmark.

Similarly, the old town center in Seoul has been made a vehicle free zone after the reconstruction in Korea. Now this town center is the hub of social, cultural, commercial and tourism activities.

Healthier, safer cities of the future
There is no doubt, that in the future the importance of old town centers will be much higher than other town centers. Therefore, making truly 'vehicle free' towns will have many positive impacts. Essential services like ambulances, fire brigades, urgent taxies/cars, and water supplies tankers should of course have access with a limited speed in the area. The routine for other vehicle services can be maintained to deliver (transport) the goods for town dwellers and business centers. This is our prime duty to make the historic town safer, healthier and human friendly for the town dwellers and pedestrians in town.

The newly elected local authorities (local election-2017) of Bhaktapur Municipalty is making action plan for a 'vehicle free' in the old city core of Bhaktapur after the April-2015 Earthquake. It will be a mile stone move when Bhaktapur becomes a truly vehicle free town.

This article is an updated and translated version of an article by Saroj Prasad Shrestha published in Nepali 2013. Edited by Vibeke Quaade, Danida Fellowship Centre