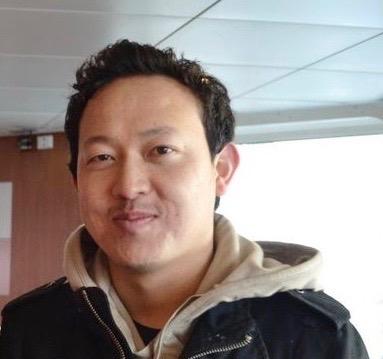 Thimphu/Copenhagen. Studying business was not a coincidence for Jigme Dorji. He always knew that the business route was the direction he wanted to follow.

Business is the backbone of a country. A government can be as good as it can be, but if it does not have a sustainable revenue streams, it has nothing to build its systems on, says 31 years old Jigme Dorji.

Happiness a success criteria
Jigme Dorji is from the Himalayan kingdom of Bhutan famed for it’s Gross National Happiness and using this development philosophy as a national success indicator over Gross Development Product.

Bhutan is also known for taking a holistic route towards development where the preservation on the environment, culture, socio-economic development and good government is a key element.
Jigme is 31 years old and works for Bhutan government’s holding company, Druk Holding & Investment Ltd.

When Jigme Dorji heard about Danida’s “Emerging leaders scholarship Program” offering a full time MBA at Arhus University in 2011 he was working as Branch Manager of Bhutan Development Bank in Thimphu, Bhutan’s capital.

Jigme Dorji had a Bachelors of Commerce from India. But for a while he had been looking into the possibility of further studies. He quickly applied.

The MBA course matched perfectly with what I had been looking for to advance my career. Besides I was curious to experience another country known for its happiness, Jigme Dorji says.

Like Denmark, Bhutan provides universal free education and healthcare despite its tiny economy. The country can also pride itself of political stability, a young well educated population and clean and reliable electric power. Bhutan is also renowned for it’s focus on green energy and conservation of the environment. It absorbs three times more CO2 emissions than its 700,000 population produces making it a carbon negative country.

Even though Denmark is a developed country and Bhutan is a developing country we have a lot in common. We share many of the same values. In a way I believe it is these values that make us the happiest countries, Jigme Dorji.

He thinks that the predominant shared values of the two countries are the collective sense of social and environmental responsibility.

While in Denmark, Jigme Dorji was especially impressed by the Danish awareness of the environment. He experienced how the Danish policies to a certain extend favoured green consumption and that ordinary people on their own initiative tried to act responsible.

He also noticed how an industry like the windmill industry is built on the concern for the environment. With a passionate voice Jigme Dorji says that the shared environmental concern of the two countries may pave the way for increased business cooperation.

Like Denmark, Bhutan is very concerned not to destroy the environment and the livelihoods of its people. I can only imagine that there will be ample of opportunities for collaborations between the two countries on the environmental front in the future, he says.

The year in Denmark advanced my career. I could not have made the move without the MBA, Jigme says

Looking into the future he envisions himself as a CEO of a Bhutanese company with a clear holistic focus on social responsibility, sustainability and happiness.

I want to contribute to building my country and servicing my people and my King. I cannot see any better way to do it than running a successful business, Jigme Dorji says.