Fighting corruption from below in Uganda 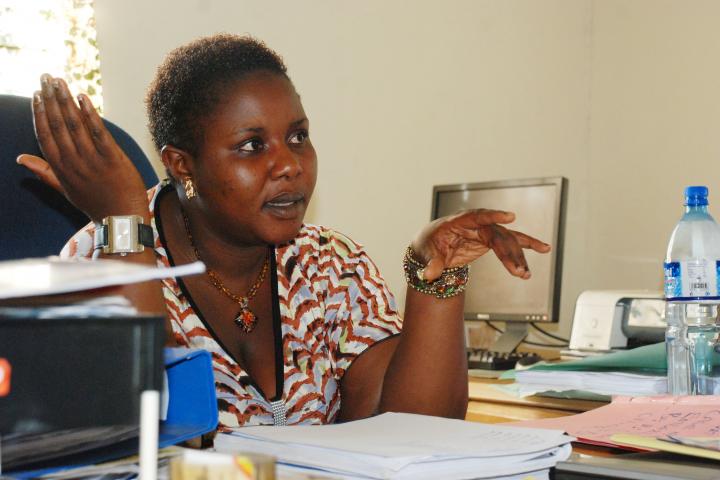 When the 18th International Anti-Corruption Conference opens in Copenhagen 22-25 October Angela Byangwa, the Executive Director of Rwenzori Anti-Corruption Coalition in Uganda and Danida alumni will be one of the participants. She has been combatting corruption at a grass root level in Uganda for more than a decade.

Shoddy road work, missing medicine, school teachers that are not being paid for months. It is no secret that corruption in Uganda is prevalent at all levels of life. The latest Transparency International ranking from 2017 listed Uganda as number 151 out of 180 countries.

While the largest corruption is happening at the national level where the concentration of financial resources is greatest, the rural communities are also hit by the vice. Here corruption plays out in ways that has an immediate, negative effect on ordinary citizens’ life.

The local budgets in the rural areas of Uganda are quite small but they are meant for public services like healthcare, water facilities and schools that are essential for any community. When such funds are misappropriated or swindled it has a serious impact on the lives and wellbeing of the citizen, says Angela Byangwa.

The coalition, that has six staff act as the coordinator and facilitator for 400 community monitors that track and check public expenditure in Rwenzori region in western Uganda. It also offers legal advice and pushed for the resolution of anti-corruption cases that are brought to them. They include public-school desks embezzled by a head teacher and the disappearance of another public school’s water tank only for it to re-appear in a private school and the disappearance of hundreds of millions of Uganda shillings to the construction of a bridge in replacement for a hazardous temporary structure

Sometimes when I look at what it is that the corrupt deprive the citizens from I want to cry. I mean, it is not exactly kind to steal school children’s desks or clean drinking water or to put people’s lives at risk by pocketing money meant for a safe bridge in replacement of a dangerous pathway. It makes me sad and angry and eager do something about it, says Angela Byangwa.

In 2009 she participated in Danida Fellowship Centre anti-corruption course and when Danida Alumni Network was launched in 2016 she signed up as an alum. Always eager to share her experiences as an anti-corruption activist and learn from others she immediately applied when Danida Fellowship Centre made two seats available to the 18th International Anti-Corruption Conference for members of the Danida Alumni Network.

She is now looking forward to sharing her experiences of combatting corruption at a grassroots level with colleagues and experts from around the world.  She especially wants to discuss strategies for how to engage with the private sector.

We have established ourselves as a credible whistle blower in the western region of Uganda, and I also think we have come a long way when it comes to striking a balance in our collaboration with the Government. I am now eager to learn from others how we can make the same happen with the private sector, she says.

Angela Byangwa is joined by another Danida alum Ms. Harriet Asomani, Head of Finance for the Programme Strengthening Transparency Accountability and Responsiveness in Ghana called STAR-Ghana. The programme is funded by UK aid, Danida and the EU.